The city of Gatineau in Québec, Canada, has 103 public charging station ports (Level 2 and Level 3) within 15km. 92% of the ports are level 2 charging ports and 12% of the ports offer free charges for your electric car.

In Gatineau, numerous citizens and municipal employees tackle climate change by traveling by electric vehicle. It was with that intent that many charging stations were installed in the parking lot of the Maison du Citoyen in the heart of an important administrative centre in Gatineau’s downtown. These are in addition to the charging stations (level 2 and 3) installed within a radius of 15 km in the City of Gatineau. There are also more than free charging stations provided to electric vehicle drivers, such as the one located at 75 rue d’Edmonton.

Sun Country Highway, the Electric Circuit, Tesla, Azra and FLO are amongst the charging networks established in the City of Gatineau. To plan your trip in Gatineau by electric vehicle and to find all of the charging stations, use ChargeHub’s charging station map, also available on iOS and Android.

Interestingly, the City of Gatineau has confirmed an agreement in 2016 with Communauto – a car-sharing service. Communauto will replace one of its three gasoline-powered cars by an electric vehicle, as well as provide another level 2 charging station (240 volts) to its members. This initiative will allow Communauto’s members to try an electric vehicle and experiment the process of connecting an EV to a public level 2 charging station.

As the neighbouring city of Canada’s Capital – Ottawa – the City of Gatineau organizes a series of activities and events for its numerous visitors. From May to November, Laval street, located in Gatineau’s downtown, transforms into a pedestrian street, friendly and safe for visitors to stroll around by foot or ride a bicycle. Many local microbreweries are to be discovered in the nearby vicinities, where you treat yourselves to local flavours.

Afterwards, go to the Canadian Museum of History during the day. This is the most visited museum in Canada as it holds the biggest collection of totem poles in the world – an important cultural site for all Canadians and its visitors! 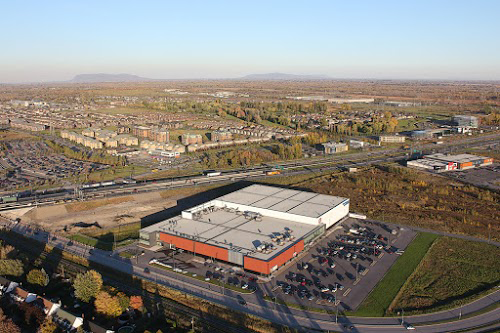