In light of some comments I’ve fielded from various sources, I thought I would take a few moments to summarize what has been accomplished thus far, at least some of the things I’ve left out, and where I plan to go from here.

I will try to keep this brief; I am fully charged and looking at a somewhat challenging drive eastward 75 miles to Port Angeles from Neah Bay still tonight. Time, as always, is against me. The rain but hopefully not the wind as well, against.

At the close of sixteen weeks and fully twelve days longer than I’d planned to be on the road, I am some 2,700 straight-line and likely 10,000 as-this-Leaf-flies miles from my home. I’ve long since abandoned thoughts of Christmas at home, or even New Years in New York. I’m taking the view that it is still Christmas wherever I end up, and the year will pass regardless of whether or not I am in a particular place to see it. I am not very concerned about these things; what concerns me is keeping on with something I’ve started to view more as a mission than even as a job. Encouraging others to drive electric needs to happen as soon as possible, not when seasonal convenience allows.

I have not been the best about my posts here. I should have been updating this blog daily or nearly so. I have thousands upon thousands of pictures, but have had a terrible time sorting through the stream of them and uploading. The project has been constrained thoroughly by time, money, location, electricity, and battery power and data allowance for my devices. The additional constraints of “find a Wifi signal that works reasonably” and “do it while you have energy left in the day” have not been easily added.

When asked how difficult it is to find charging stations on a cross country trip like this, I’ve generally replied, “it’s pretty easy.” It IS pretty easy. It is also, at times, pretty time consuming, so it helps that I most typically take the stance that I’m not in a rush. People are generally much more willing to help you if you don’t rush them, and I try my utmost to avoid doing that. If I am out of luck, I always think, “there’s always AAA I can call.” I’ve done that exactly once, and even then I did it out of courtesy for someone else rather than for me. Someone was expecting me, and I thought it better to be there faster than slower. Timeliness has flown mostly out the window.

I’ve been chastised for not handling the PR very well, but that is not my job, regardless of what anyone thinks. My job I’ve defined for myself–and that is getting out here, there, and everywhere and showing that the car can do it. My public relations has been done primarily 1 on 1 and many times a day, through talks with people who come and ask questions, and through the well over a thousand cards I’ve written out, by hand, one at a time.

I have not updated this blog as frequently as anyone including I myself expected. I have been reasonably good about Facebook posts, and I generally respond to emails and messages pretty much instantly. If it’s insufficient to you as followers, imagine how I feel.

I feel as though I’ve done the best I could do, but that it was far from enough because in theory I could have done so much more. In theory with coordination help. In theory with a team, or “someone who knew something about PR” as a forum poster said.

I feel as though if I changed even ONE thing, things could not have worked out as resoundingly well as I feel they have from this ground level. However, I will not have supporters feeling cheated, as one at least seems to suggest he has been.

I have traveled exactly 21,909.6 miles in 112 days through 37 states, 36 state capitals, 3 countries, 2 provinces, and 1 provincial capital. In total, I have planted, arranged to plant, or gifted plants in 32 of those states as best I’ve been able to determine. Yes, as best as I’ve been able to determine! I don’t have a planting notepad each with a separate state on it keeping ready reference notes–I’m doing things in the fashion of a short-order cook and praying that when I run through my photo sequence at the end I will be able to find all the pictures of the capitals, the sights, the trees, and the people I’ve met who haven’t had business cards to give me.

In short, it’s been ridiculously complicated and I’ve stayed reasonably sane by learning to let things go. I’m reasonably satisfied if not proud of what I’ve been able to get done, and just two nights ago I had someone come straight out and tell me I’d “changed [his] mind about the car.” On a ferry boat after traveling from Vancouver, B.C. to Victoria with a New York-plated Leaf, no less. With effectively ZERO support from the manufacturer. Thanks, Nissan, you dummies.

So the real point of this post is to let my supporters know–in the place I told them I’d be posting, that if I’ve let you down you should 100% tell me straight out and post haste. You can reach me at negativecarbonroadtrip@gmail.com or by phone at 585.331.7051. I will then refund you 100% of your sponsorship money. You will still receive your postcard and/or bumpersticker, and I will still dedicate one of the trees to you for helping me make it this far. I’m not going to hold it against you that I’ve found my limits and they’re short of what I promised to post.

I will say I still have not had a single person tell me where they wanted me to mail their postcard from, but then I think some of you really just wanted to see if I’d go through with this thing.

Signing off from beautiful but very dark Neah Bay, 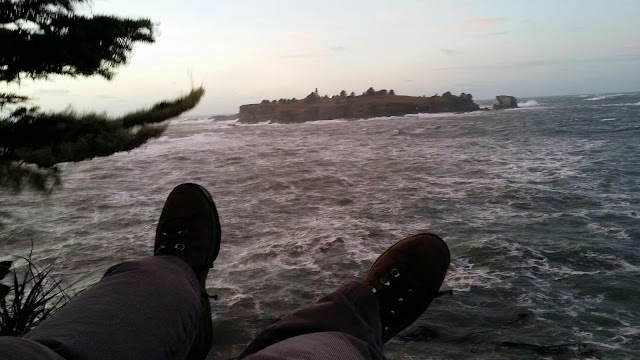 One thought on “A retrospective.”

ChargeHub is a vibrant community of thousands of active users and a team committed to solving problems related to the electric vehicle charging infrastructure.

Together, they contribute to the development of an EV friendly network. With its mobile and web platform, ChargeHub helps all the electric car drivers and future EV drivers to quickly find answers to their questions.